Do You Think You Can Spoil Your Child with Too Much Love?

As parents and adults we are constantly worried about the right amount of love, affection and attention that we need to show towards our children. According to the old school of parenting, affection can spoil the child. But is it so?

A whole range of psychologists all around the world would agree that affection in itself does not harm the child rather love and affection is much needed for the child to grow into a happy and a confident person. So, when is it that the love and affection which cannot be measured as such may become too much and start affecting the child in a counterproductive manner.

The answer lies in the way affection is expressed and how it is expressed. In today’s world where we all are constantly on the go and are occupied with a whole range of concerns, meeting the child’s emotional demands can be tiresome. Due to shift in the presence of parents and their availability and nature of families, the parents tend to concentrate more on the child in the time available to them. Sometimes, this attention and affection might go overboard as parents may feel guilty of not being around them throughout the day and may end up agreeing to all the demands and needs as a way of overcompensating for the physical absence. The parents may do this in order for the child to remember the time spent with the parents as positive. Since children are seen as narcissist extension of oneself, at times parents tend to provide things that they were not able to have in their childhood. This kind of affection can be harmful.

Similarly, agreeing to child’s demands is also not the problem, but agreeing to every demand is a problem. One needs to pay attention to what demands are being met and is it important and significant for the child’s growth or we are in the most naive way inculcating a sense that one can have what one needs at the drop of a hat or they will have it if they push you enough. Children are like the soft clay that be transformed and it is our responsibility to make them learn. It is okay for parents to say NO. Saying NO doesn’t turn parents into bad beings. Rather it is the first step for the children to experience disappointment which later helps them to be more tolerant and be okay with failures. Also affection and attention needs to be measured and provided according to the life stage the child is. If a child is always met with the same kind of affection and attention, the child may find it difficult to adjust to situations where there is a shift in the attention and affection received. Also parents may not be able to provide that and when this happens the child may become frustrated and angry and now the child seeks the same attention and forced affection through his/her angry and destructive behavior.

What can be done?

We should pay attention to the needs of our children. They cannot blossom without it. However, it can be counterproductive if we do not set limits. In order to give the child holistic development it is important that a line is drawn. You can provide them with what they want and need and use the same to teach them responsibility. You can let the child watch television but not for long and not when they have exams. Similarly, you may give your child a gadget but how it is used and how much, needs to be monitored. Saying no along with an explanation of why it is not given to them at the moment is the key. However, not allowing one thing should not be accompanied by other allowances as compensation.

Focus on difficult ways to express your affection. When children do well we reward them and sometime we may use reward as a way from them to perform better. It is a good idea to reward children for excellence but with things that aid in achieving more of that excellence. Rewarding may not be always be materialistic or of some kind. Performing well in class or winning the race can itself be rewarding. Appreciation, hugs and a sense of pride being conveyed to the child can also be forms of affection.

In the current times, parents are much more aware and informed about the significance of emotional attachment and expression of love towards their kids. However, what also needs to be kept in mind that as the child grows she/he needs the independence to explore in order to develop a sense of autonomy. Too much parental involvement is correlated with higher levels of anxiety and depression and decreased satisfaction with life. Therefore, keep in mind the following tips: 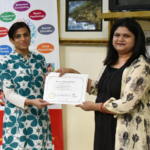 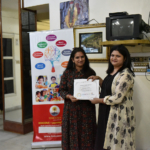 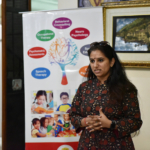 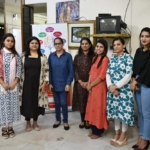 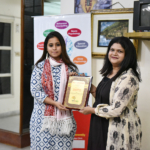 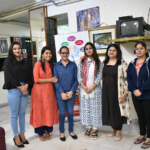 Inculcating Writing Skills in Your Child